So, should you become a police officer? Great question. 10 Years ago I would have said, YES! Absolutely! It's the best job in the world! Today, I would probably say, NO... Blog over, right? Well, let me explain.

First off, lets talk about what goes in to being a police officer.

1. How to become a police officer

Depending on your state/region/county/city/etc. you usually have to get some sort of sponsor, or someone to vouch for you. On some occasion it is a literal paid sponsor, but not all.

You typically just go to your local PD or Sheriff's Office and speak to whomever would be over that program. Usually it's the Chief, Major, Captain... you get the point. They check off on you to make sure you're not a serial killer, a 15 year old kid trying to live out a video game, or just a drug dealer looking to rid himself of the competition. In all seriousness, they're checking your criminal history and probably your credit score. So, pay your bills!

Next, you would enroll into your local B.L.E.T (Basic Law Enforcement Training) Program, Police Academy, or Patrol School. Depending on where you want to end up. I.E.: You want to work for your states Highway Patrol, you would apply through them, they decide if they want to hire you, and if your "lucky" you get to move on to becoming a Trooper.

Which leads us to our next question:

2. How long is the police academy (or Trooper School, BLET program)

This again depends on your state and which agency or school you go through. Some states require less than 400 hours, while other programs last over 6 months and require you to live at the academy while training.

During training, officers must cram what some have years to learn in to week long class sessions and then test on the curriculum. Then, the cadets only have a limited amount of times to fail, or they must start the process all over.

There is also an intense physical training program that each officer must go through. As well as several PT tests they must pass. I.E.: Number of push-ups, sit-ups, a timed 1.5-2 mile run, and a P.O.P.A.T. (Police Officers Physical Abilities Test) or equivalent.

3. Does a taser hurt? and How many volts are in a taser?

I'm sure you've all heard the phrase "don't tase me bro!". That's because, IT HURTS!

A standard issue police taser has an output of 50,000 volts. It feels like your entire back is asleep while simultaneously being stung by 50,000 bees.

A quick tip to potential criminals that dread the taser; don't do anything stupid and obey commands. PRETTY SIMPLE.

4. How many police officers are there in the US?

There are approximately 800,000 sworn police officers in the United States. That's a lot of brothers and sisters in blue. Right now, I have a feeling that number is a little lower, because most agencies are quite low in terms of personnel. 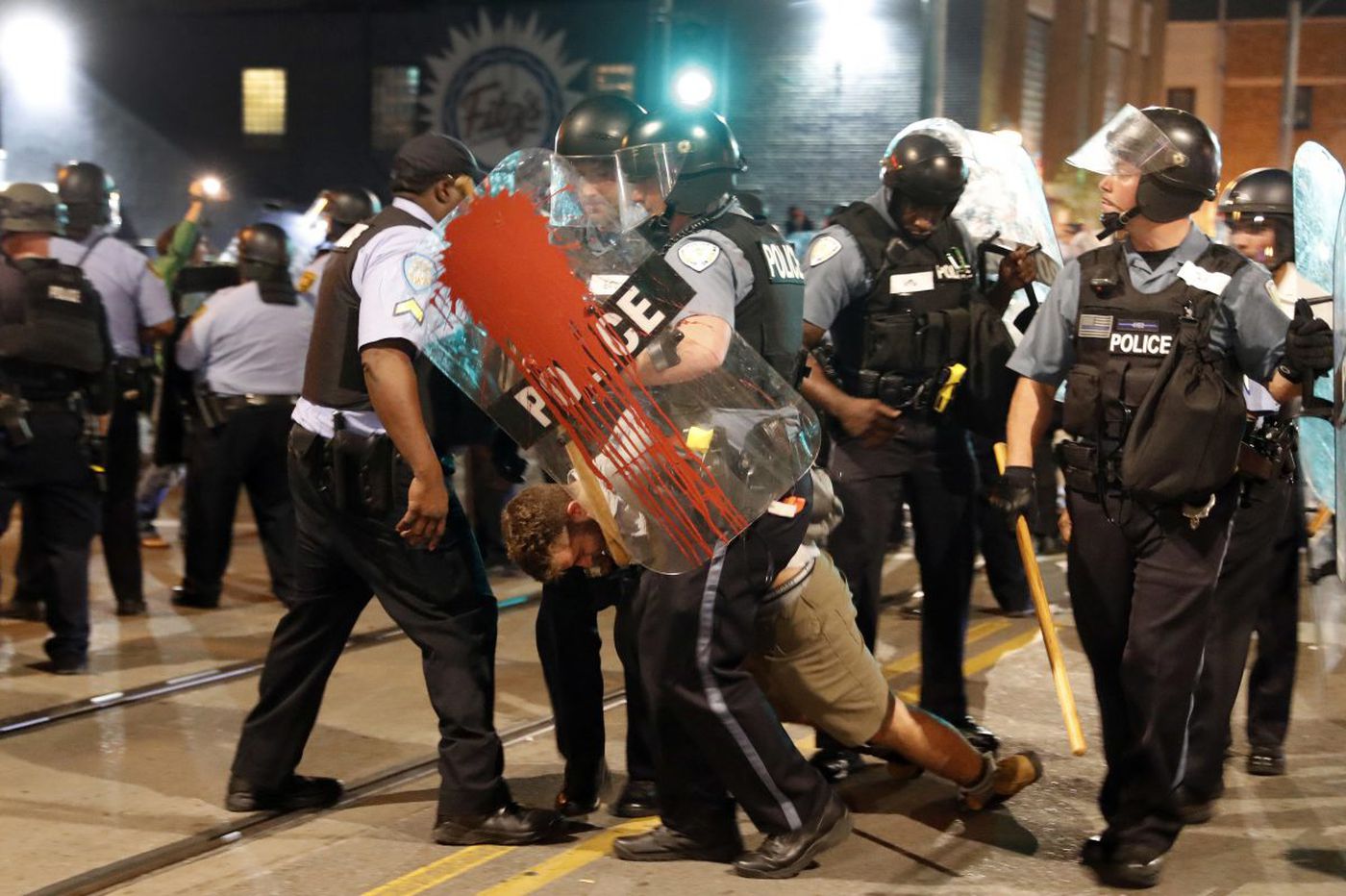 5. How is it actually being a police officer?

So, you've made it through rookie school, found an agency desperate enough to hire you, and you're about to start field training. Good luck. Your FTO is probably an older, seasoned officer, that doesn't want you crowding up his police car and ruining his routine.  But, he has no choice and neither do you. One of the hardest things for rookies to grasp about the job are learning the roads. So study that before you even start field training. Also, try to learn 10-codes, if your department uses them.

Another obstacle with the new generations coming in to law enforcement is the ability to get physical with suspects as needed. TIP: don't let the first time you've ever been hit in the face, be in uniform.  If you've never done well in fights in school or never even been in one, you probably wont fair too well on the streets.

Once you get past the training and you're on your own, you learn about REAL policing... Paperwork.  You thought you would just get in to chases, fights, answer cool calls, and go home. Nope. All of that equals hours of paperwork.   Also, most of your calls are going to be domestics where you spend 15 minutes trying to convince one party to leave the other before the situation ends up worse, just to be back out at the same house again a week later

To get back to the question, should you be a police officer? Obviously, I don't know that answer for you. If you want to do it to feel like a hero, have people admire you, and be loved for what you do... go be a fireman. You get to spend your shift hanging out with other fireman, eating, playing video games, and getting paid to sleep.

Now, if you want to get cussed out for writing someone a ticket because you're tired of working fatalities at a certain intersection; or get attacked by a woman while you're trying to arrest her husband for beating the crap out of HER; or you want to spend most of your shift dealing with the scum of the earth while people that know nothing about your profession constantly berate you with criticism and false narratives... Then welcome to policing.

I know by now it sounds like everything is bad and I'm just being negative. I'm being honest. However, there are a lot of perks to doing this job: it's a job you can truly love if you're CALLED to do it, you are going to have some incredibly fun times, and the brotherhood is like no other. To me, the positives far outweigh the negatives. But with the world appearing to crumble and all of this anti-police rhetoric circulating, it's hard to keep your head up some times.

So think HARD before making your decision and whatever you do, do it for the right reasons.